A Tectonics Article By Catherine Ross
The Seychelles "Plate" is not a plate at all; it is a plateau. The Seychelles Islands are the highest portions of an undersea plateau, the Mascarene Plateau, which measures approximately 60,000 square miles and rises one to two miles above the surrounding seafloor (see Fig. 1). This high area is northwest of the Madagascar Plate and formed from India leaving behind continental fragments as it broke off from Gondwana.  Both the Madagascar microplate and Seychelles microplate  lie within the Somali Plate.  Fig. 2 displays the relative ages of crust as well as the various plateaus and banks that are connected to the Seychelles Plateau through first through the Marion plume, then the Deccan-Reunion plume. 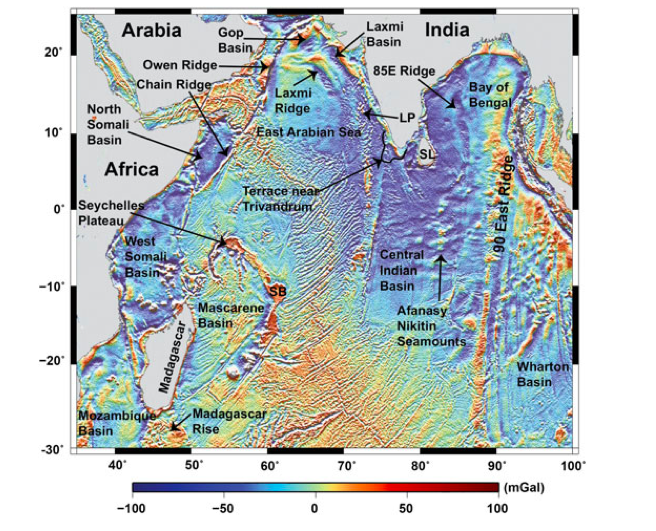 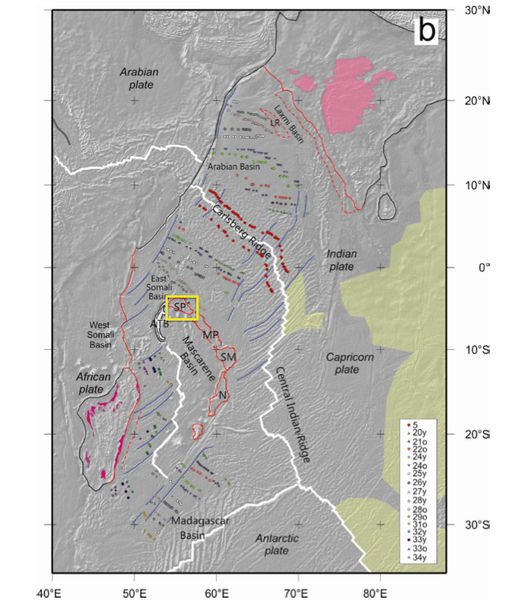 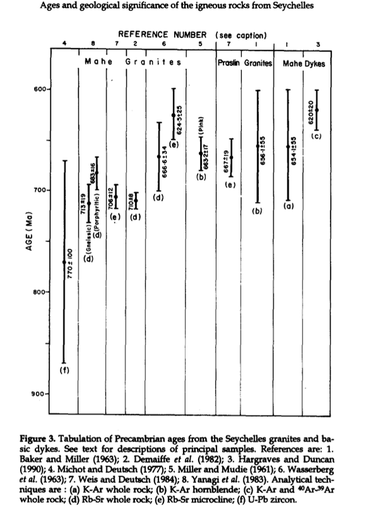 Figure 5. Ages of Seychelles granites and dykes (Plummer, 1995).
The island of Mahè is composed of grey and porphyritic granites while the Praslin island is composed of pink granites. The granites found in the Seychelles are the same granites found on Madagascar and northwest India. Both were found to have been formed around ~750 Ma (Tucker, 2001). However, the Mahè granites are dated as slightly older than the Praslin granites (see Fig. 5 for slight differences in age between the two granites)  The granites are cut by doleritic dykes which intruded in the Precambrian and then again in the early Tertiary (Suwa et al., 1983). The islands of Silhouette and Île du Nord were formed by 61-67 Ma alkaline igneous complexes (Dickin et al., 1986). These islands have ages similar to the doleritic dykes and have a probable link  to the Deccan Traps of India as the Seychelles were positioned next to India (Collier et al., 2008) at that time.  Drilling by Amoco in the southwestern most part of the Seychelles plateau found Triassic/ Jurassic hydrocarbons which signify the probability of continental crust in that region (Coakley, 1997).

The following is a tectonic map of the Seychelles region. The continental crust petrology is classified by color. However, because Africa and Madagascar are compromised of many different petrological regions, the black outlines of the regions makes it hard to differentiate between the different petrological regions. The rifting zones are shown in red and the oldest oceanic crust is green, then orange, yellow, and pink is the youngest. The Seychelles Plateau is the light blue region northeast of Madagascar. 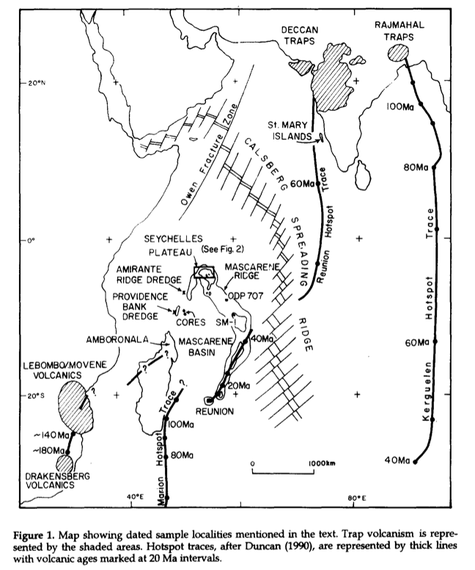 Figure 4. Tracks of the Marion and Reunion Hotspots & Deccan Traps (Plummer, 1995).
Plummer (1995) summarizes the tectonic history of the Seychelles as the following: 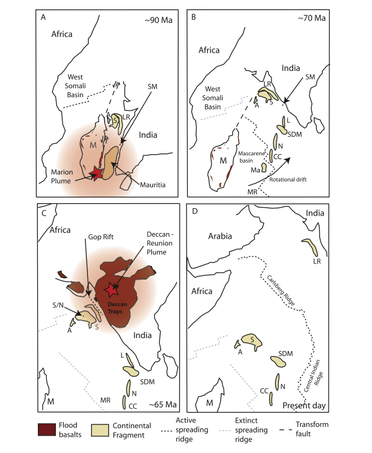 Figure 4. Plume & traps in relation to the creation of the Indian Ocean (Hammond, 2013).
Underneath the Seychelles lies a layer of lower crustal intrusions suggesting that the Seychelles lay at the edge of the Deccan plume when the Deccan Traps were emplaced (Hammond et al., 2013).  The Deccan Traps, were formed  by an outpouring of basaltic lava from Reunion Plume (seen in Fig. 3 & Fig. 4 ) over an area of ~2 mile thick basalt  and covering 400,000 square miles. The Deccan flood basalts covered a majority of the Seychelles Plateau right as it was starting to rift from India but some of the Precambrian granites are still seen (Howell, 2000). The presence of the Marion plume is also worth noting because of its potential influence on the Seychelles rifting from Madagascar. These plumes may have also caused the initial rifting of Madagascar, India, and the Seychelles; the plumes are the reason that the lithosphere under the Seychelles is so unusual (Hammond et al., 2012). Coakley (1997) concludes the Seychelles microplate consists of both continental and oceanic crust. Based on data from Hammond et. al. (2013), the northern Amirantes is also continental crust. The slivers of continental crust in the Seychelles microplate correlate with slivers of continent crust in the Indian Ocean, and in other regions of continental breakup (Hammond et al., 2013).   Müeller (2008) created following animation that summarizes the tectonic evolution of the Seychelles Region from 200 Ma (Jurassic) to 0 Ma (Holocene).