A Tectonics Article By Catherine Ross
The idea of uniformitarianism—“the past is the key to the present”—is crucial in understanding current tectonics. A small group of geologists extend this assumption even further, claiming that the past is also key to the future. 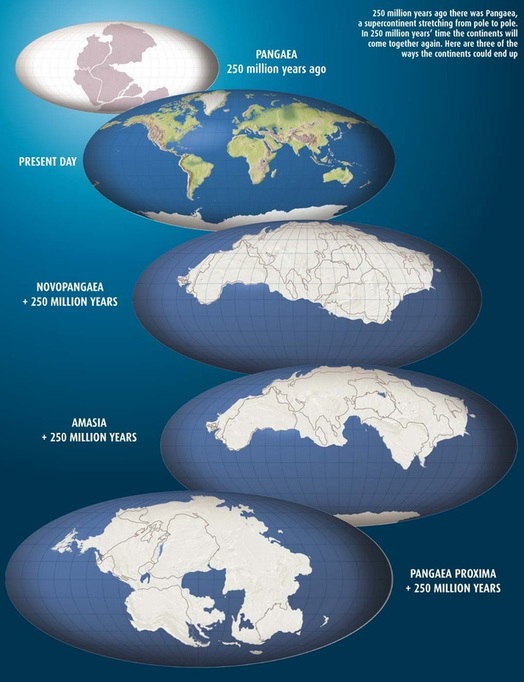 Figure 4. Final plate preconstructions of the future supercontinents 250 Ma hence (Williams, 2007).
The Earth has a cyclic pattern of amalgamation and subsequent rifting of supercontinents, entitled the Wilson Cycle. Within 250 Ma, another supercontinent amalgamation is probable (Williams, 2007). However, the movements and final locations of the plates are debatable. Nield (2007) highlights 3 different potential models for the creation of the supercontinent - the "Novopangea" model (Livermore, 1992), the "Amasia" model (Hoffman, 1997), and the "Pangea Proxima" model (Scotese, 2000). (see Fig. 4). The first few millions of years in the three models are just extrapolations of current plate motions. The models differ once 100 Ma is reached and the model operator decides what may happen next (Nield, 2007). The operator, using uniformitarianism as a guide, conjure plate movements.

The Amasian model ( see Fig. 5) spearheaded the preconstruction model interests. Paul Hoffman, in 1992, created a preconstruction of future Earth based on the premise that the Atlantic Ocean will continue to open while the Pacific Ocean will continue to close. Amasia follows the process known as extroversion where plates from the previous continent reassemble on the opposite side of the globe (Nield, 2007).  The Africa-Eurasia-Australasia amalgam eventually collides with the Americas that swing clockwise around a NE Siberian pivot (Williams, 2007). In the Amasian model, East Africa and Madagascar rift from the Nubian plate and then subsequently travel across the Indian Ocean and collide with Australasia amalgam. This motion, 100 Ma outward, creates a seaway connecting the Indian and Atlantic Ocean (Williams, 2007).  The motion of the Antarctic plate differentiates Novopangaea and Amasia; the Antarctic plate is stagnant in the Amasia model; Hoffman reasons that the Antarctic plate will not move as there is no subduction zone to pull toward the supercontinent (Williams, 2007).

A new improvement in the Amasian model can be read here.

Figure 5. Amasia, the supercontinent that will form in 250 Ma, according to Hoffman. (http://www.nbcnews.com/science/next-supercontinent-will-amaze-you-6C10402106) 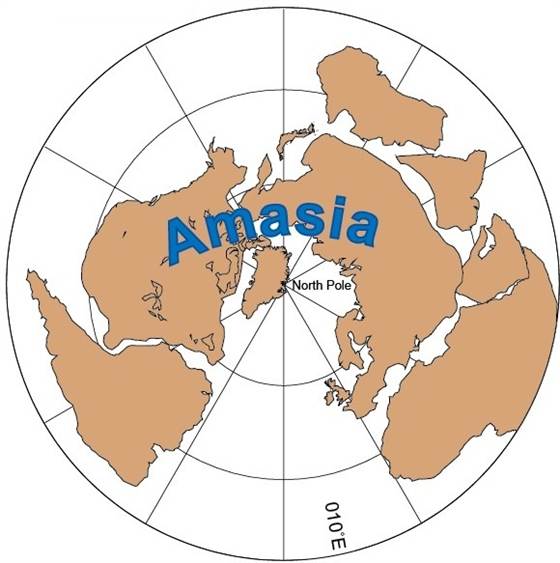 Roy Livermore’s preconstruction, like the Amasian construction, is based on the premise that the Atlantic Ocean will rift while the Pacific Ocean will subduct (Nield, 2007). Novopangaea also assumes the process of extroversion.  Livermore is also a proponent for the Somali plate rifting from rest of Africa because of East African Rift, thus, the eventual collision with the Asia-Australian amalgam (Williams, 2007).  In Livermore’s preconstruction Antarctica moves northward via a subduction zone and amalgamates with the rest of the supercontinent. Livermore justifies the movement of the Antarctic plate with uniformitarianism, stating that Gondwana involved all of the southern plates (Nield, 2007).

Animation of the past Earth into future Earth using the Pangaea Proxima model (Scotese, 2000).
A missing piece, two important warm zones in the mantle, from all of the plate models aforementioned can be read about here and the newest plate model including the warm zones can be found here.

Nield, Ted. 2007.Supercontinent: 10 Billion Years In The Life Of Our Planet. Granta Books,